Why you may need pet insurance

This is a guest post by Heather Reynolds telling us about why pet insurance is important.

When I adopted my first dog in 2005, I had no idea there was such a thing as pet insurance. Then my dog got sick. She spent four days in the emergency room, receiving IV fluids, ultrasounds, X-rays, and blood transfusions to determine what was causing her weight loss and seizures. She was finally diagnosed with a liver shunt and taken to surgery. 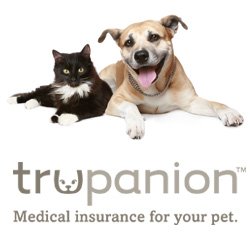 Unfortunately, the condition was not fixable and she was sent home without much hope. You can imagine what a toll those weeks had on me emotionally and financially.

When I realized the financial toll, I did some research and learned about insurance. Unfortunately, at that point it was too late to enroll her, as all her health issues would be considered pre-existing and wouldn't be covered. She spent her remaining two years in and out of the hospital, and my emotional well being and my pocketbook took a huge hit.

When I adopted my second dog in 2007, I immediately invested in insurance. While I knew that any future health issues would still take a toll on me emotionally, I vowed to protect myself financially.

I know that there are a lot of pet owners who either don't know about insurance or are skeptical of the benefits. So, I wanted to take some time to explain what an insurance plan actually does. To understand this in full, we need to look at some real-life examples. All of the following examples are from claims made to Trupanion, a pet insurance company.

How much money can pet insurance save you

Acute Renal Failure - This condition is the sudden loss of function of the kidneys. Tucker, a Golden Retriever puppy, was diagnosed with this condition and rushed to the emergency vet where he was hospitalized for six days. He received blood tests and a series of medications. Veterinary expenses totaled $4,948.97. After taking out the exam fee, which Trupanion does not cover, Tucker's owner was reimbursed $4,373.07 - 90%.

Congestive Heart Failure - CHF occurs when the heart does not efficiently pump blood throughout the body. Smudge, a 6-year-old cat, was diagnosed with this condition and needed long-term medication. Smudge's owner submitted a claim for $2,309.90 and was reimbursed $1,860.66.

Lymphoma - Lymphoma is a form of cancer that attacks the lymph nodes and immune system. Kokanee, a 9-year-old dog had been battling this disease for six weeks, making multiple trips to the veterinarian's office for diagnostic testing, fluids, and medication. Veterinary costs totaled $3,783.18 and Kokanee's owner was reimbursed $3,252.76.

Plant Poisoning - There are several plants that are poisonous to pets and the Sago Palm is one of them. Babe the dog ingested part of this plant and had to visit the vet several times for treatment and monitoring. The total cost for those visits was $1,535.16 and Trupanion repaid $1,254.74.

I know from experience that insurance is worth it, but I hope that these other real-life examples make the point as well. We never know when or if our beloved pets are going to get sick or injured and as much as we try to protect them, there are just some things we can't predict. Insurance can help relieve the financial burden of these unforeseeable events.

Heather Reynolds is a pet lover and internet journalist at Trupanion pet insurance. Feel free to contact her with any questions related to pet insurance at heather.reynolds@trupanion.com or follow her on Twitter @trupanion.